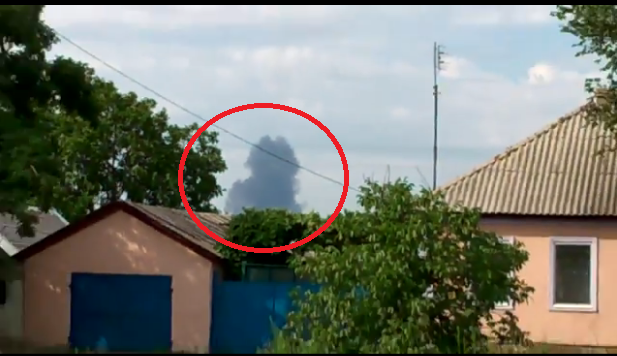 An adviser to Ukraine's Interior Minister says the plane was shot down by Russian forces.
It is currently not known why the airline crashed or whether there are any fatalities.
It is believed there were 280 passengers and 15 crew members on board.
An Interfax report said the Boeing 777 plane was flying from Amsterdam to Kuala Lumpur.
The plane lost contact about 4.20pm Ukraine time when the flight was at 10,000 metres.

Malaysian Airlines have confirmed the accident and will be releasing a statement shortly.
The plane did not enter Russian airspace when it was expected to and crashed in the Donetsk city of eastern Ukraine.
Malaysia Airlines posted a tweet saying: "Malaysia Airlines has lost contact of MH17 from Amsterdam. The last known position was over Ukraine airspace. More details to follow."
Only hours earlier Russian forces were accused of shooting down a Ukrainian jet while it was on a mission over Ukrainian territory.
A spokesman for the Ukrainian National Security and Defence Council, said an Su-25 ground attack plane was downed on Wednesday evening.
The crash comes only months after the missing Malaysia Airlines flight MH370 disappeared on March 8.
More to follow.