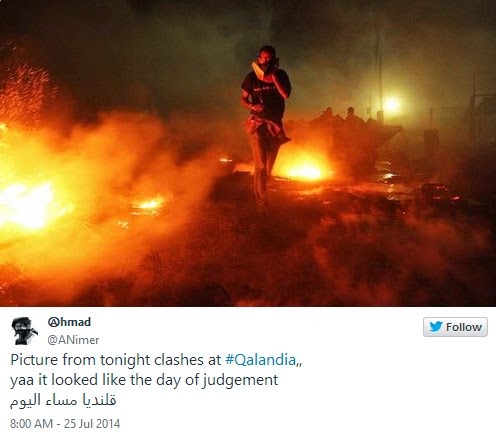 The continuing fighting sparked a massive street protest in the West Bank, raising the possibility that Israel could face disturbances in areas where Palestinians and Israeli settlers often live in uncomfortable proximity to one another.
Palestinians reported as many as four people were killed when Israeli forces used live ammunition to disperse a crowd of thousands that had marched on a checkpoint between Ramallah and Jerusalem, and there were reports of Palestinian protests near Jewish settlements in Arab neighborhoods of Jerusalem. Police said 39 people were arrested in Jerusalem.
The protest is being described as the largest in decades.