As Operation Protective Edge approaches its third week, many Israelis are speaking out about how they feel — including some members of the IDF.
Using popular smartphone application Whisper, Israelis have turned to the social network to offer their thoughts about the ongoing conflict.
Whisper guarantees its users absolute privacy and, as a result, many of the resulting confessions are powerful and raw.
—

1.) Proud to fight against terror 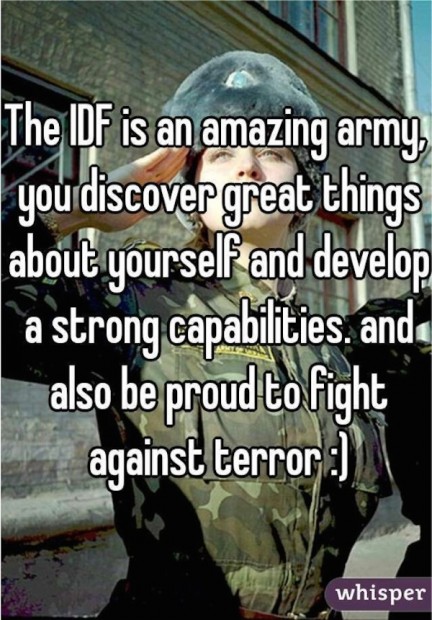 Image source: Whisper
Age: 19
Rank: IDF soldier for 3 months, non-combat, Welfare NCO.
“We don’t want to occupy [Gaza], just to harm Hamas in a way that they stop shooting rockets and terror attacks. I’m in charge of the welfare in my unit, no fighting, but without my work, they wont be able to go to battle. Every part is important.” 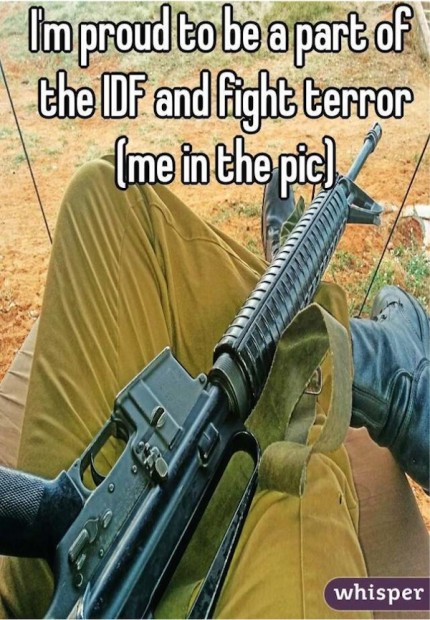 Image source: Whisper
On the general feelings of Israelis: “They’re not so afraid. The Iron Dome intercepts every rocket. [They are] more like tired of running to shelters all the time. Last week there were six alarms in one hour. Can you imagine?”
On the Gaza ground offensive: “Hamas put explosives all over the houses. The reason we entered land forces is to take care of their tunnels because it’s much easier on foot than by air.”
“I’m pissed seeing people believing Islamic propaganda. Why the f**k would we want to kill civilians? Of course there are casualties of war, but nobody in the IDF is interested in killing civilians. I personally know a pilot who’s very depressed after he heard that civilians were killed in his strike. We only want to stop terror attacks.”

2. We all want peace 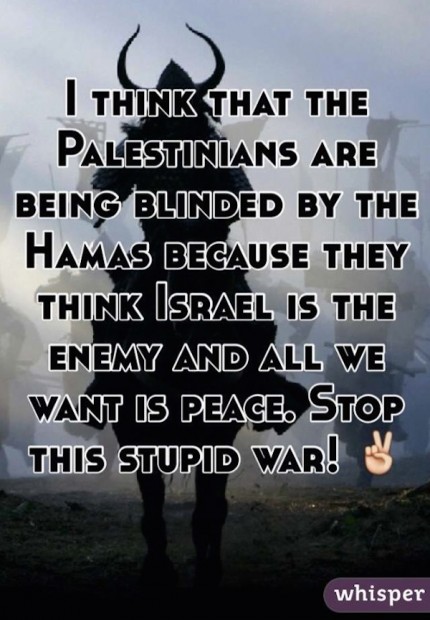 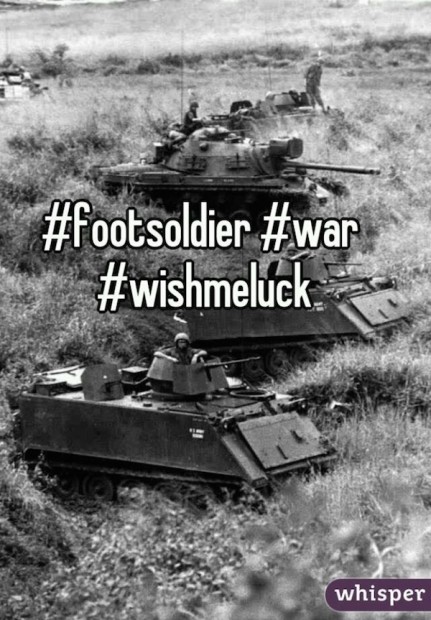 4. Hatred is toward Hamas, not Palestinians 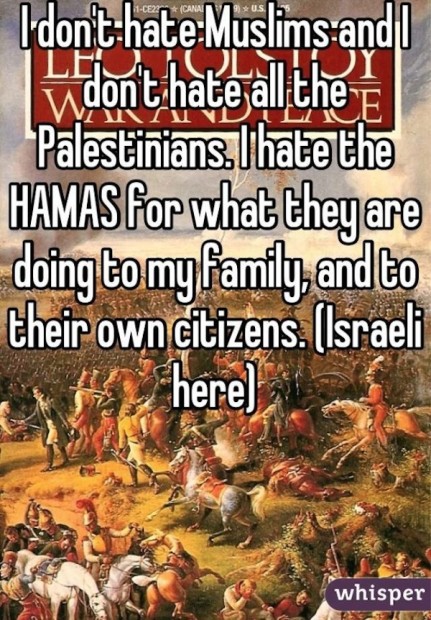 5. Hamas has a “selfish agenda” 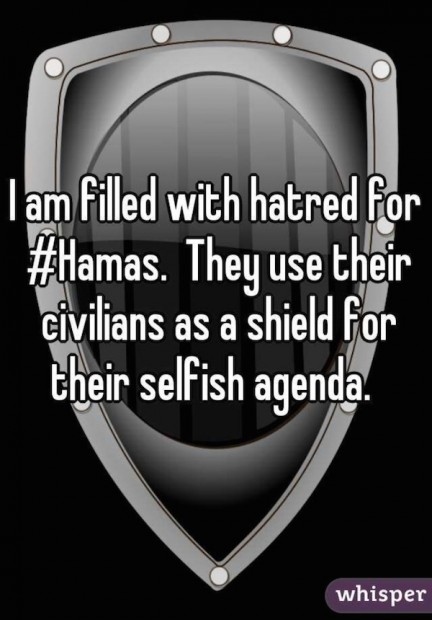 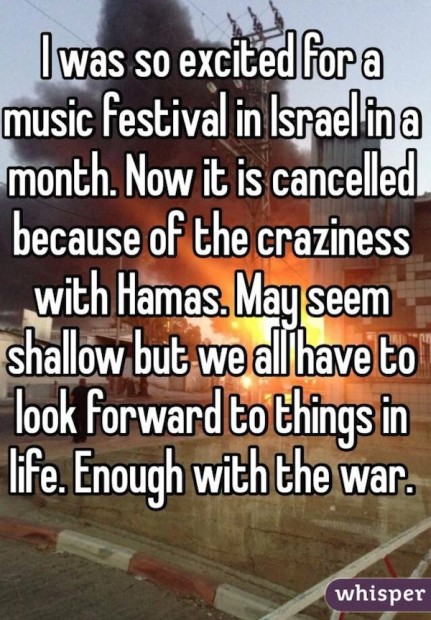 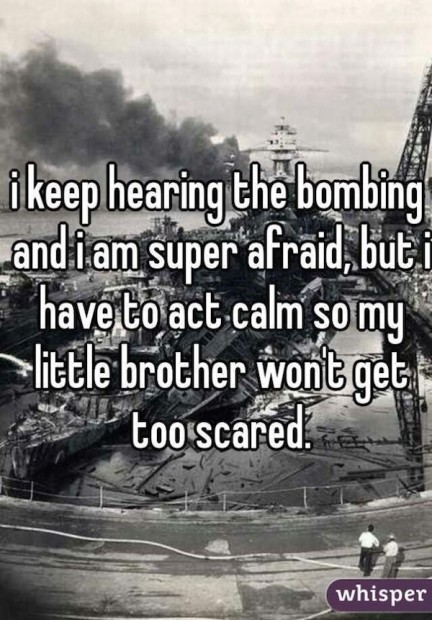 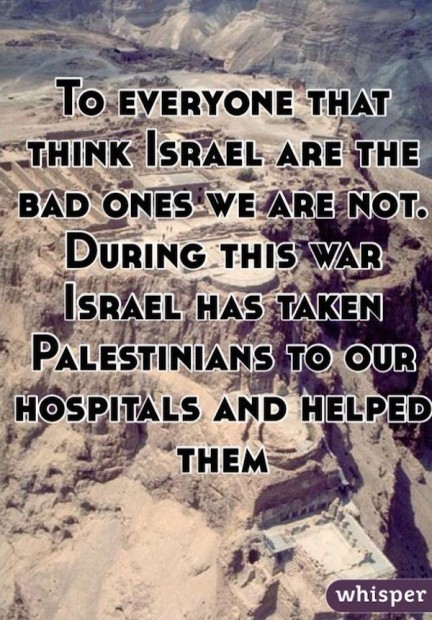 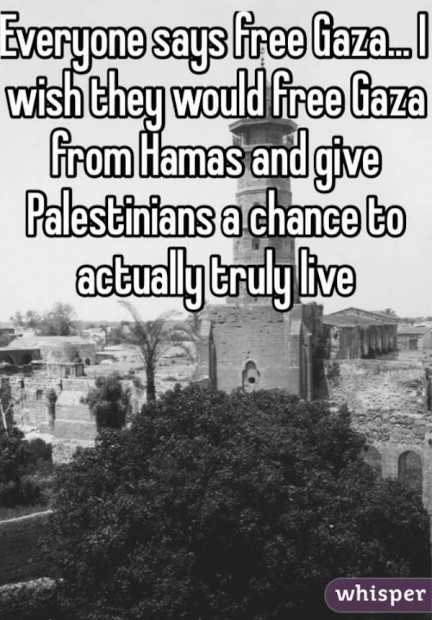