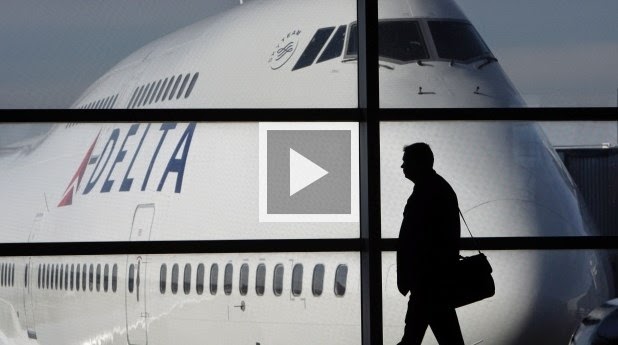 Palestinian militants have fired more than 2,000 rockets toward Israel, and several heading toward the area of Ben-Gurion Airport have been intercepted by Israel's Iron Dome defence system, but police spokeswoman Luba Samri said Tuesday's landing was the closest to the airport since fighting began on July 8. 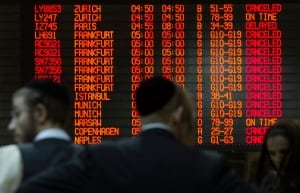 There will be a review of defence measures around the Ben Gurion airport with American embassy and FAA officials tomorrow, according to Israel's ambassador to the International Civil Aviation Organization. (Siegfried Modola/Reuters)
Nadine Baudot-Trajtenburg, deputy governor of the Bank of Israel, pointed out that Israeli airlines are still flying.
But, in an interview with CBC’s Lang & O’Leary Exchange, she said any prolonged closing of the airport could result in economic harm to Israel.
“The closing off of the airport for 24 hours is a slightly more important impact. It will depend on how long it will last,” said Baudot-Trajtenburg.
“In this round of hostilities, for the first time in 20-odd years, we’re seeing rockets that can reach the economic centre of Israel, which is centred around Tel Aviv,” she added.
In the past, foreign investment and growth have not been affected by the outbreak of hostilities, but “we have to be careful,” she said.
-
sumber: http://www.cbc.ca/news/world/israel-gaza-conflict-air-canada-cancels-tel-aviv-flight-over-safety-concerns-1.2714488
Posted by Editor at 02:47