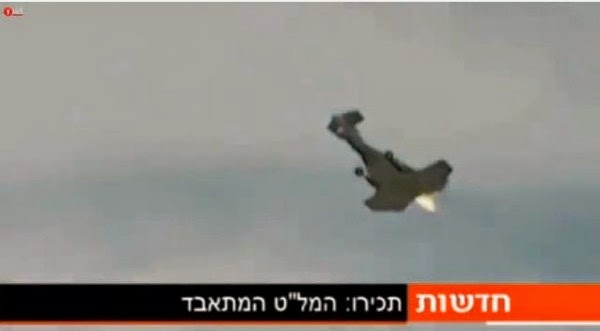 ---
Shafaqna - Palestine press news agency reported “Palestinian fighters hit and damaged an Israeli warplane flying over the Gaza. The Israeli plane hit by Surface-to-Air Missile on early Wednesday”. Alarabiya and the London based Al quds newspaper also reported the news as their breaking and top breaking news. However,  the report has yet to be verified and the Israeli army is yet to comment.

According to AA (Andlo Agency), the Ezzeddin al-Qassam Brigades, the military arm of Hamas, said early Wednesday that its fighters have managed to hit an Israeli F-16 warplane over the Gaza Strip.


“Our air defense unit managed at 19:40 local time [16:40 GMT] to target and hit an [Israeli] F-16 with a surface-to-air missile over Deir al-Balah city in central Gaza, as the plane was preparing to strike a target,” the brigades said in a brief statement.


The statement gave no further details, the report has yet to be verified and the Israeli army is yet to comment.

sumber: http://en.shafaqna.com/topnews/item/30430-israeli-f16-hit-by-surface-to-air-missile-over-gaza-hamas-claims.html
Posted by Editor at 23:55