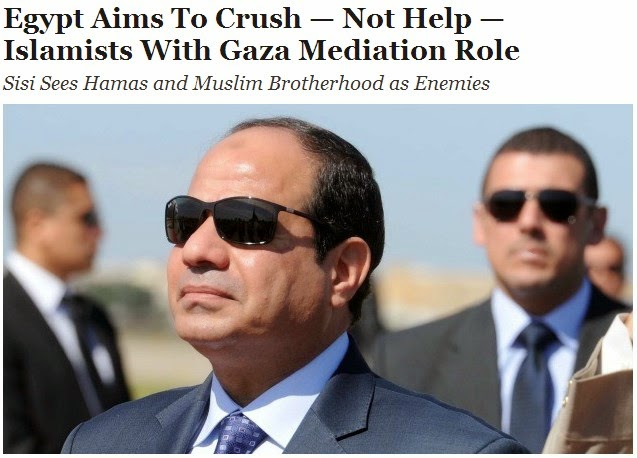 Israel has not publically admitted its alliance with Egypt over its operation against Gaza. However, Israeli journalist and political analyst Danny Rubenstein, speaking on Al-Jazeera, admitted that there is some kind of understanding between the two countries on the Gaza onslaught agenda and that both have mutual interests in attacking Hamas.
Operation Protective Edge was the first test for Al-Sisi on foreign affairs since officially taking the presidency, and he has failed miserably. While the attack on neighbouring Gaza was making headlines worldwide, Al-Sisi failed to mention anything in the speech he made to the Egyptians on 10 Ramadan, corresponding to the second day of the onslaught. The Rafah border has remained largely closed in the face of the wounded and injured Palestinians, and not a word of condemnation has been made by the president of the largest country of the Arab world. If Egypt was once known as the "mother of the world", this mother seems to have disowned its closest child as the killings next door continue unabated.